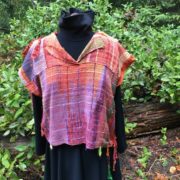 I want to share some of the things I’ve made based on some patterns in the SAORI books. I say “based on” as nothing I make follows the pattern exactly. Each cloth, each person and so each piece of clothing is different.

My variation here is using 1 1/2 widths of the cloth I had on hand. I did this so that it would fit without being a short crop top. I put the extra half on the top on the front of the vest and the half width on the bottom at the back (scroll through photos to see). On the neckline, instead of a straight boat neck, I cut the fabric in half again and overlapped it a bit to make a simple open v-neck.

I have no specific measurements for this. It is based on the cloth on hand and on the person.

I remember being in Hawaii with Kenzo-san as the Beginners book was being considered and his thought of how to encourage people to make their cloth into clothing. And to make it simple. He said “pick your placemats up off the table and sew them together at the shoulders and sides – a Placemat Vest!” So this became the first “pattern” in the book.

Based on SAORI Beginner’s Clothing Design book, pattern 1 with variation 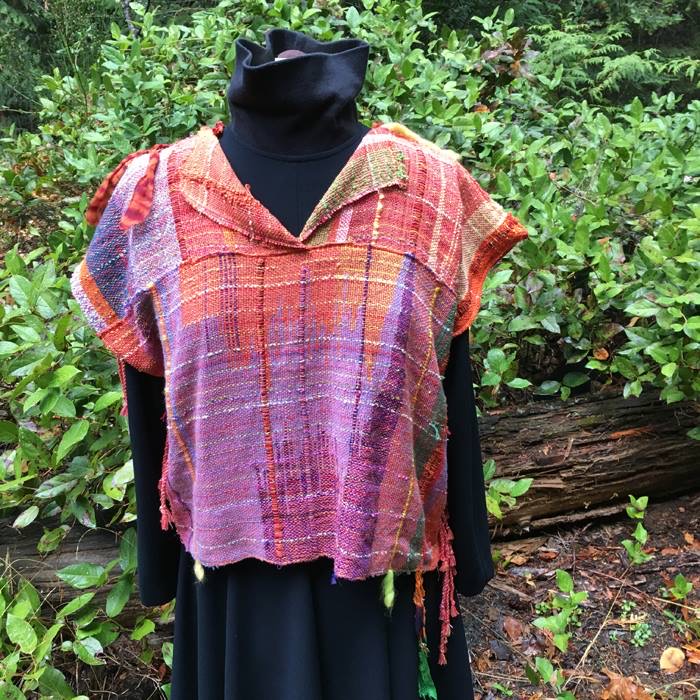 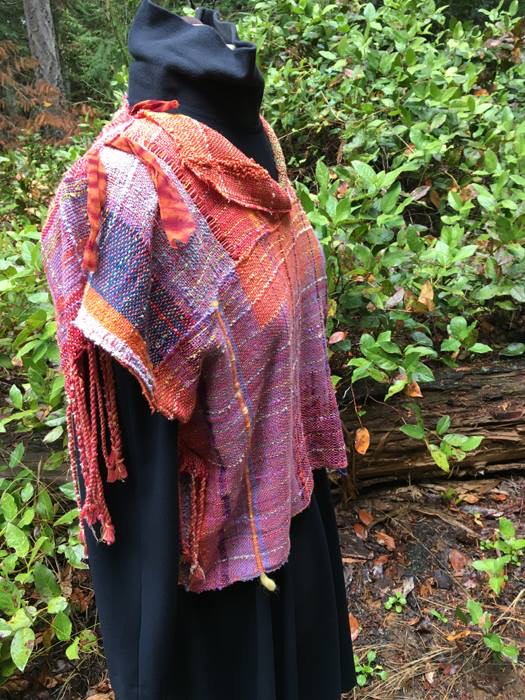 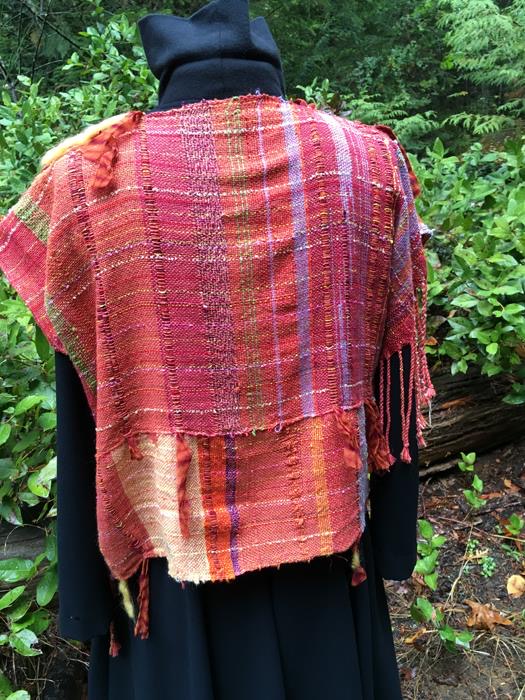 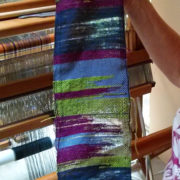 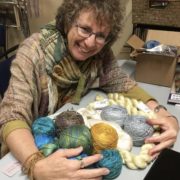 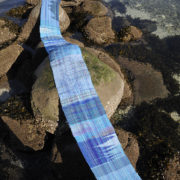 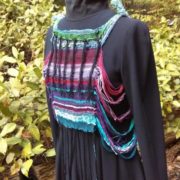 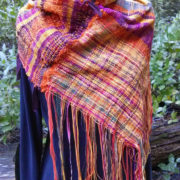 And now for something completely different … 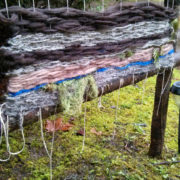 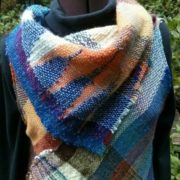 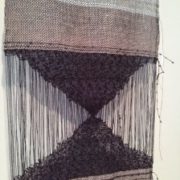